COVID19: Yes, we are open! See how we’re preserving the health of our customers and protecting their property.
What to Do If a Scorpion is in Your Gilbert Home

What to Do If a Scorpion is in Your Gilbert Home

Finding scorpions in your Gilbert, AZ home can be an unwelcome surprise. Dangerous and intimidating, scorpions are notoriously hard to kill and to protect against. In fact, most scorpions are not even deterred by pesticides.

So, you have to have other ways of dealing with these pests when they come for visits. 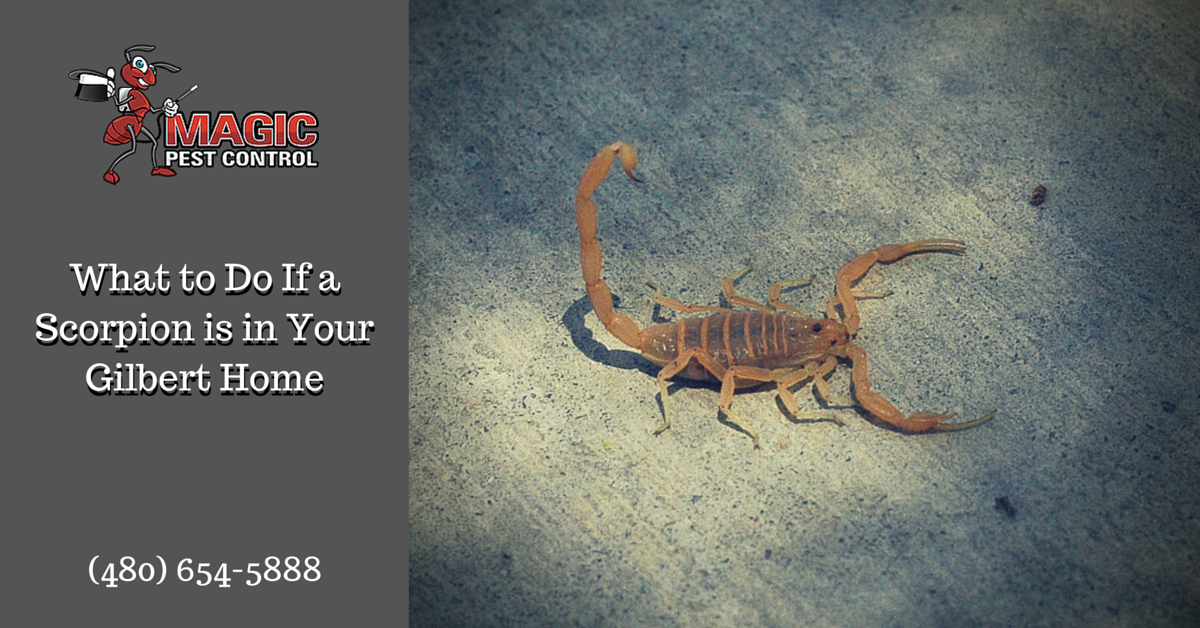 If you have a scorpion in your home, you can:

Catch It and Release It

Although it may sound unhelpful, catching and releasing a scorpion or two near your home is actually a good idea. Scorpions are natural predators to many undesirable creatures, like other small pests. Having a few in your yard and neighborhood helps to keep other pest control issues in balance.

To kill the pest instead of catching and releasing it, you will probably have to stab the scorpion. Known for being hard to kill, scorpions are best destroyed using very sharp or very heavy objects. Generally scorpions are not very fast so it is relatively easy to stab them.

One thing that tends to attract scorpions is sitting water. Removes attractive pools of water, like those found under leaky faucets or pipes. Keep tubs and basins of water covered.

Often scorpions get inside of the home (or decide that they want to) because of cracks in the wall, including in the foundation. If you seal up cracks, you make it much harder for scorpions to get in in the first place. Many people have products like long pillows that they stuff under doors to help seal those cracks off as well. Simple steps like these can make a big difference in protecting your Gilbert, AZ home against scorpion invasions.

Have you seen our new specials? Click for more coupons: 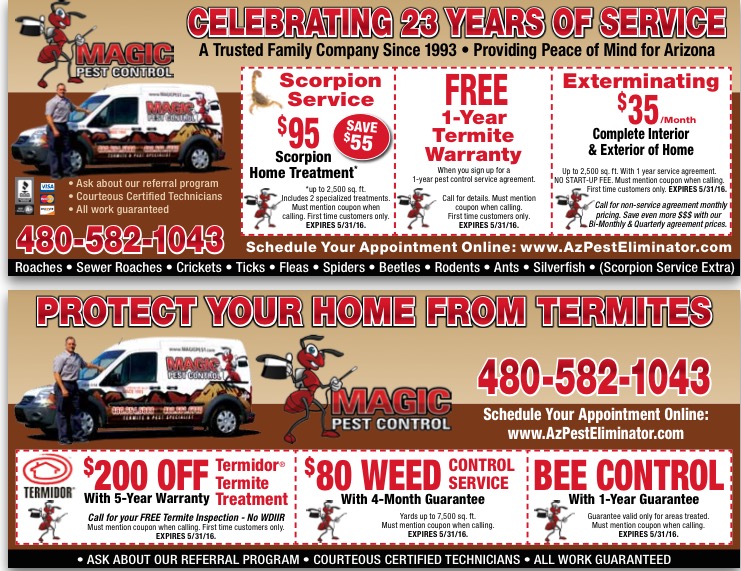