Just the other day I posted a very emotional blog from a actual Magic Pest Control customer story.

The mother had a very scary incident happen to her and her child involving a scorpion and the emergency room. 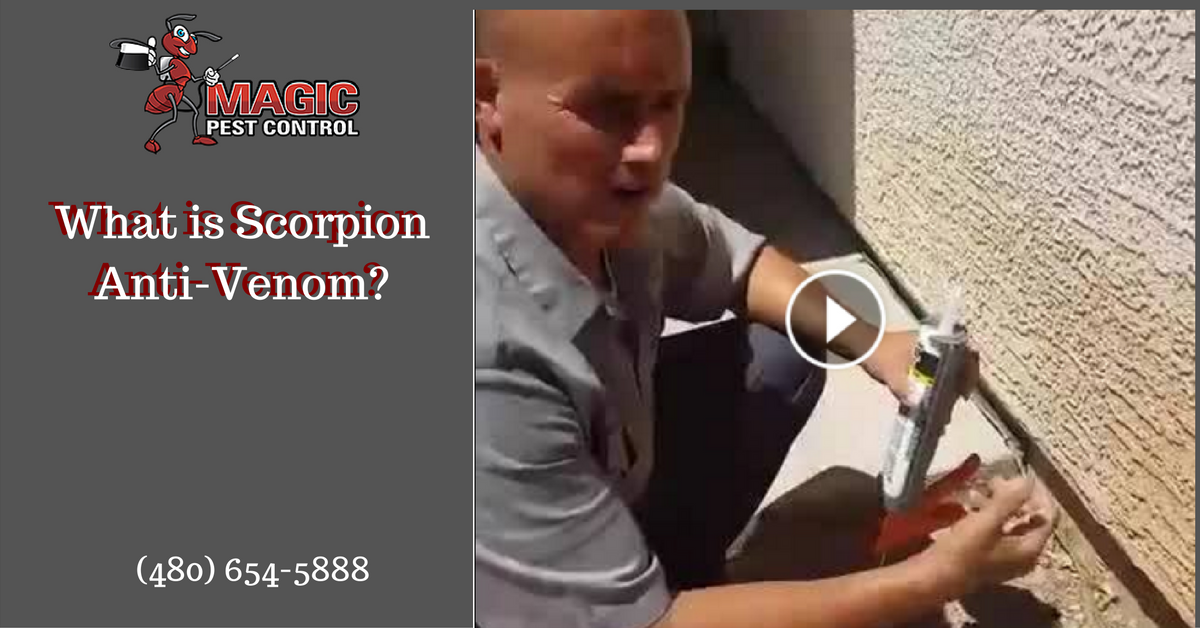 We often talk about how expensive termite damage can be to your home, costing you potentially thousands of dollars in damages when the termites begin to invade the foundation and the walls of your Gilbert home.

But we often overlook how expensive scorpions can be for your family in terms of medical costs.

Scorpions extremely dangerous to your grandparents and your children.

Scorpion antivenom is a real thing.

Unfortunately, when a child or a senior is stung by a scorpion, particularly a bark scorpion, which is usually what you find in your Gilbert home, emergency medical care is needed, and antivenom is usually prescribed prescribed.

Scorpion antivenom was first approved by the US Food and Drug Administration back in August of 2011, right here in Arizona. Specifically, Tucson, Arizona.

Scorpion venom can cause breathing problems, excess saliva, blurred vision including temporary blindness, slurred speech, trouble swallowing, abnormal eye movements, and muscle twitching. When a child is stung by a scorpion, these can be quite common symptoms, and they can be extremely scary for the family involved.

According to the medical release back in 2011, in the United States, the majority of scorpion stings occur in Arizona, we’re about 8000 things occur each year. Several hundred of those, usually only from the particularly venomous bark scorpion, require medical treatment, and children are the most vulnerable to the stings, explained Andreas Theodorou, MD, chief of the division of pediatrics at the University of Arizona.

The medical release from 2011 went on to say that when children are stung by scorpions their breathing is highly effected, they have secretions that they can’t handle, their lungs potentially fill with fluid, and they may need to be placed on ventilators.

And antivenom is a must-have for any emergency room here in Arizona.

In fact, I believe most emergency rooms here in Arizona have a good stock during scorpion season, and can call nearby hospitals if they run out.

If your child is stung by scorpion, don’t wait to seek out medical attention.

If your child is stung, and you know that it was a scorpion, get to the emergency room as soon as you possibly can. The quicker that your child is treated with antivenom, the better off they will be and the sooner all symptoms will dissipate.

Again, to bring this full circle, termites are not the only test that will cost you thousands of dollars. If your child is stung by scorpion, your medical bills will easily cost you just as much.

PrevPreviousScorpion Stings Child (based on a true story)
NextWhy Do Scorpions Glow Under Black Light?Next