COVID19: Yes, we are open! See how we’re preserving the health of our customers and protecting their property.
Tick-Borne Diseases Are Likely To Increase In America's Southwest

Tick-Borne Diseases Are Likely To Increase In America’s Southwest 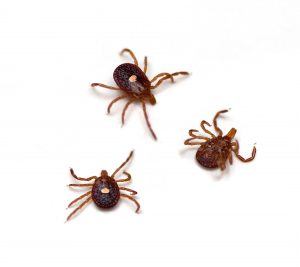 Very few people in America are ignorant of the danger that ticks pose to humans. For the past two decades, Americans have been hearing about public health concerns regarding the increased frequency with which Americans have been falling victim to tick-borne diseases. By now, most people know that populations of disease-carrying ticks are at their highest within the northeastern region of the United States, and it is looking as though ticks may soon gain a comparable foothold over the southeastern region of the US as well. However, many people living in regions that do not see many tick-borne disease cases may consider tick-borne diseases to be unimportant and not worth worrying about. However, studies are showing that ticks are moving into areas that have traditionally remained free from outbreaks of tick-borne disease.

Ticks, of several different species, exist nearly everywhere within the continental US. However, it is only certain regions, namely the northeast, that contain populations of diseased ticks. Most other areas within the US may contain ticks, but the vast majority of them do not carry disease. It is for this reason, and not a lack of tick habitats, that make most of the American population relatively safe from tick-borne diseases. One area that has never seen any significant public health issues stemming from disease-carrying ticks is the southwest US. Unfortunately, this may not be the case for long, as researchers have found that disease carrying ticks are increasing in the southwest, particularly in the state of Arizona.

Researchers have recently gathered a total of 16,000 individual tick specimens from all over the US, including the state of Alaska and the US territory of Puerto Rico. For the very first time in history, researchers have discovered deer ticks within Maricopa and Pinal counties within Arizona. According to researchers, this sudden appearance of ticks in this arid region of the US is due to frequent travel between Arizona and the northeast US where disease-carrying ticks are well represented. In order to prevent tick-borne diseases, such as lyme, from infecting residents of Arizona and elsewhere, travelers must remain mindful of their time spent outdoors in other locations around the US, even if those locations have traditionally been free from disease-carrying tick populations.

Do you believe that lyme-infected deer ticks will eventually gain a foothold in Arizona?