COVID19: Yes, we are open! See how we’re preserving the health of our customers and protecting their property.
Thieves Make-Off With Two Million Honey Bees | Phoenix Bee Removal 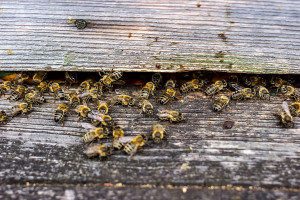 Having your possessions stolen is never fun, and this is why we keep our valuables in safe places. When it comes to preventing thefts, people may buy safes, or even hide their valuables before leaving home. Obviously, common thieves are after your most valuable possessions, as there are not too many thieves around who want to steal toiletry items from people’s homes. In big cities, like New York or Los Angeles, residents are understandably concerned with the high rate of robberies and petty thefts. It goes without saying that residents of bigger cities should always keep their valuables under lock and key. Of course, America is not the only place where high theft rates exist. For example, in the city of Skåne, Sweden, the rate of thefts are particularly high. However, in this city, thieves don’t seem concerned with getting their hands on your typical valuables, such as jewelry or electronics; instead, this city sees high rates of beehive thefts.

Every year in Skåne between fifty and one hundred beehives are stolen from beekeepers. The most recent beehive heist saw thieves make-off with at least two million individual bees of the Apis mellifera species. This was the largest theft of its kind in European history. According to local news sources, thieves stole fifty beehives as well as one thousand liters of honey. The thieves stole bees from two different beekeeping locations in the Swedish city. One of the beekeeper victims, Patrick Nilsson claimed that the loss made him feel as though his pets had just died. After Nilsson realized that he had been the victim of a theft, he called a nearby fellow beekeeper who also claimed to have been robbed of his beehives. It is not yet known how many bees were stolen from this second beekeeper. Sweden is not the only country to see high bee theft rates. For example, since 2011, hundreds of thousands of apiaries across England and Wales have been robbed. Experts blame the surge in thefts on increased competition between beekeepers.

Do you think that the alleged increase in competition among beekeepers is being driven by the declining bee population?