Believe it or not, but there is such a thing as a “valuable insect.” At the moment, researchers estimate that somewhere around 925,000 insects have been described by scientists. However, there could be as much as 30 million insect species in the world, and no fewer than 2 million. There exists as many as billions of individual insects per species. This amounts to a whole lot of insects. Given how abundant insects are in the environment, it is surprising to learn that any insect species could be considered “valuable.” After all, are there really any insect species that could be considered endangered? Well, as it happens, there are many insect species that are categorized as being “endangered,” but not many. Out of nearly 1,300 analyzed insect species, 600 are considered to be in danger of becoming extinct. Therefore, it should not be surprising to learn that there are numerous insect species that are considered rare and even valuable. Many of these rare and valuable insects, and spiders as well, are kept in the Philadelphia Insectarium. Unfortunately, criminals have recently robbed the insectarium, and it was not a small scale heist.

The CEO of the insectarium, John Cambridge, has claimed that somewhere between 80 to 90 percent of the insectarium’s arthropod specimens were stolen. Cambridge believes that this heist was an inside job, and he is not alone, as the police believe that three former employees are responsible for pulling off the caper. 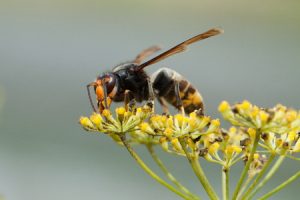 Exotic tarantulas, millipedes and scorpions were among the different creatures stolen from the complex. Not only are the creatures rare, but, according to Cambridge, they are essential for maintaining the proper functioning of the ecosystem. Cambridge also claimed that some of the stolen creepy-crawly specimens were worth as much as 50,000 dollars. Cambridge is hoping that, at least, the bandits know how to properly care for the delicate and endangered creatures.

Do you think that rare insects could be desired for reasons other than their dollar value?