COVID19: Yes, we are open! See how we’re preserving the health of our customers and protecting their property.
Tempe Cockroach Control | Phoenix Pest Control

It is an unfortunate fact that restaurant kitchens attract cockroaches and other insects. This is not surprising considering the vast amounts of food waste that are produced in restaurants on a daily basis. Exercising strict sanitation practices is the best cooks and managers can do to control insect pests in restaurant kitchens. Every once in awhile, cockroaches will literally wind up in the food that is served to patrons. One cannot help but to wonder how this occurs, as you would think that nothing could be easier than preventing giant roaches from crawling into the meals cooked in restaurants. This scenario occurred recently at a restaurant in Sacramento. Apparently, a cockroach was found in a customer’s burrito. In addition to finding a cockroach in a customer’s burrito, health inspectors found dozens of cockroaches infesting the establishment’s kitchen. Due to these egregious violations concerning safe food production, the restaurant was forced to close. 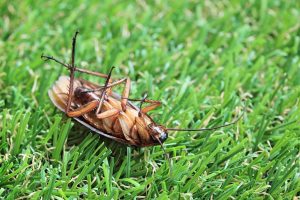 The Sacramento County Health Department recently received a complaint from a customer telling them about a cockroach in the burrito that he was served at Carolina’s mexican restaurant. This complaint, as you would expect, was taken seriously by health officials, and they wasted no time before conducting an inspection of the eatery. Not surprisingly, inspectors found dozens of cockroaches infesting the kitchen. In all, nearly 60 live cockroaches were found in the establishment. As many as 30 of these live cockroaches were found directly in the main cook’s station where food is made. While this infestation cannot be good for business, the restaurant was recently reopened after the owners eradicated the pest presence. In addition to this particular restaurant, health inspectors found cockroach infestations within three other restaurants in the Sacramento area. Luckily for the owners, each restaurant managed to correct the problem, and all three have since passed inspections. However, it is hard to imagine anyone not having serious reservations about attending these formerly infested restaurants.

Have you ever spotted a small insect in a meal that you had been served at a restaurant? 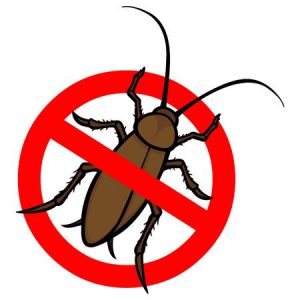 Often times when people are experiencing allergy and asthma symptoms, they automatically chalk it up to the time of year without considering that their stuffy nose and itchy eyes could actually be triggered by the presence of cockroaches in their home. In addition to exacerbating asthma and allergy symptoms, cockroaches are also capable of spreading 33 kinds of bacteria, including Salmonella and E. coli. This makes it all the more important to take the necessary steps to eliminate food, water and harborage sites for cockroaches within the home.

Maintaining excellent sanitation is one of the best practices in protecting the home against cockroaches. Magic Pest Control recommends the below cleaning tips: