COVID19: Yes, we are open! See how we’re preserving the health of our customers and protecting their property.
Queen creek Scorpion Control | Phoenix Pest Control 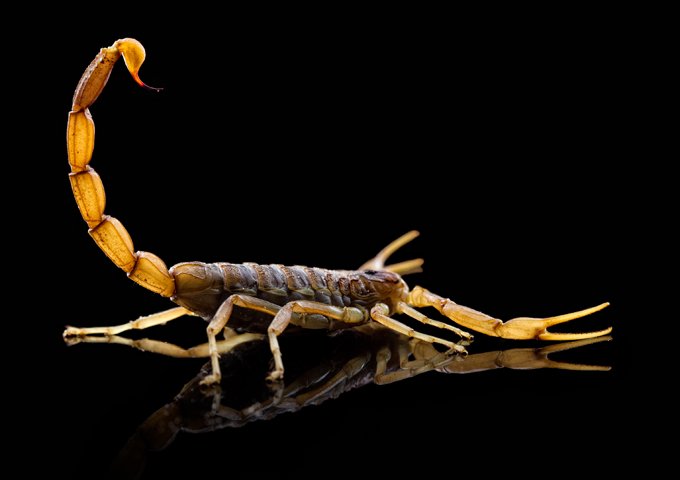 The Phoenix Family That Captures And Eats Wild Scorpions 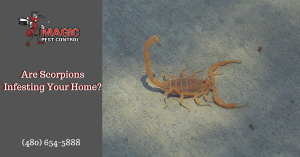 These days more and more people are trying to maintain a healthy diet that is rich in nutrients. As a result of this health craze, several diet fads have become popular in recent years. Ten years ago westerners would never have considered making insects a part of their diet, but now edible insects are being touted as a superfood. The western world has been slow to embrace edible insects, but a few brave westerners have successfully integrated insects into their diet. Edible insect products are available in the United States, but not all edible insect enthusiasts purchase their insect meals commercially. For example, one family in Phoenix, Arizona hunts, cooks and eats wild scorpions. Of course, scorpions are technically arachnids, and not insects.

Most Americans have never tried eating edible insects, and those that are willing to try eating insects would most likely refuse to eat scorpions. However, if you live in the southwest US scorpions make for convenient food items, as their abundance in this region makes them easy to find. Scorpions can be dangerous, and given the high scorpion population in the southwest, these arachnids often find their way into people’s homes. In the state of Arizona, it is not uncommon for people to hunt and kill scorpions in an effort to reduce scorpion attacks. However, the Mauls family not only hunts scorpions; they also cook and eat them.

One day Josh Mauls and his family went scorpion hunting. Upon finding a few scorpions, Josh’s four year old son asked if he could eat one. After conducting a bit of research on the topic, Josh finally told his son that scorpions can indeed be consumed. It took some trial and error before the Mauls family mastered the art of cooking scorpions. When cooking scorpions, the Mauls family removes the stinger, and the venom is neutralized during the cooking process. For those of you who wish to capture, cook and eat your own scorpions, be sure to do a bit of research first, as improperly prepared scorpions can be difficult to swallow.

Would you be willing to taste cooked scorpion?