Termites of the “subterranean” variety are easily the most economically significant wood-eating insects in the world. In America alone it is estimated that subterranean termites are responsible for inflicting around 80 percent of all insect-induced damages to wood-framed structures. In many northern states, the eastern subterranean termite is the only termite species that residents need to worry about. But in hotter southern states, the termite population is more diverse, making drywood and dampwood termite species a threat to many homes in the region.

The dark western drywood (DWD) termite species is the most economically costly drywood termite species in the western US, and they are particularly abundant in the Sonoran Desert region of Arizona. The DWD termite is well known for infesting homes, but these termites also infest a number of trees that are common in residential areas of southern Arizona. The trees most commonly attacked by this species include, Arizona cypress, sycamore, adler, cottonwood, willow, ash, walnut, poplar, eucalyptus and a variety of fruit trees.

All the way back in 1916, a researcher found that around 70 percent of black ash trees in Sabino Canyon had become riddled with both DWD termite damage and LWD termite damage. In addition to damaging the sapwood of these trees, these two drywood species even infested the heartwood, which is unusual for most termite species that are native to the US.

While both of these drywood termite species swarm between May and September all over Arizona state, the DWD species is generally found at higher elevations than the LWD termite species. Considering the frequency with which drywood termites infest residential trees before moving into homes, it is important for all Arizona homeowners to have the trees in their lawn inspected for a termite presence at least once a year.

Have you ever found a termite infested tree?

It is a shame that termites are commonly regarded with disdain. Although it is true that termites cause billions of dollars in structural damage every year in the United States alone, these admittedly destructive insects are capable of feats that no other insect, animal or even human could accomplish. It is becoming increasingly well known that termites promote vegetative growth by removing dead plant matter from the ground before converting it into matter that contributes to soil fertility. Therefore, just by consuming wood, termites provide two seperate environmentally beneficial services. Even more impressive are the naturally air conditioned and architecturally complicated 30 foot tall nesting mounds that higher termites build in African and Asian regions. As impressive as these abilities are, no degree of inventiveness or mutual cooperation among termites can prevent them from becoming incinerated in forest fires. After all, forest fires can span hundreds of acres and can travel at fourteen miles per hour, destroying absolutely every animal, plant and insect in its path. Despite the small amount of studies concerning termite morality during wildfires, their does exist valid scientific evidence to suggest that forest-dwelling termites can indeed survive wildfires.

It goes without saying that a great number of termites parish during wildfires, but given their high abundance relative to other forest dwelling arthropods, an unexpectedly high amount also survive. The reason for this has to do with their subterranean nature, as termites can seek refuge from wildfires several feet below the soil’s surface. Unlike subterranean termites, drywood and dampwood termites are not afforded the same protection from wildfires, and subterranean termites must already be present well below the ground’s surface in order to survive a wildfire. Some studies have demonstrated that mound-building termites can survive wildfires by remaining within their nesting mounds. Due to the unique composition of termite mounds, which is best described as “hard clay,” they are well insulated from the extreme heat emitted by a wildfire. Several studies have also revealed that termite populations are more abundant than other insect populations following wildfires. While termites certainly have an advantage over other insects when it comes to surviving wildfires, studies on this topic differ in their results and further research is necessary before positing that termites are relatively unaffected by wildfires.

Do you believe that any other forest-dwelling insect groups could have an advantage when it comes to surviving wildfires? 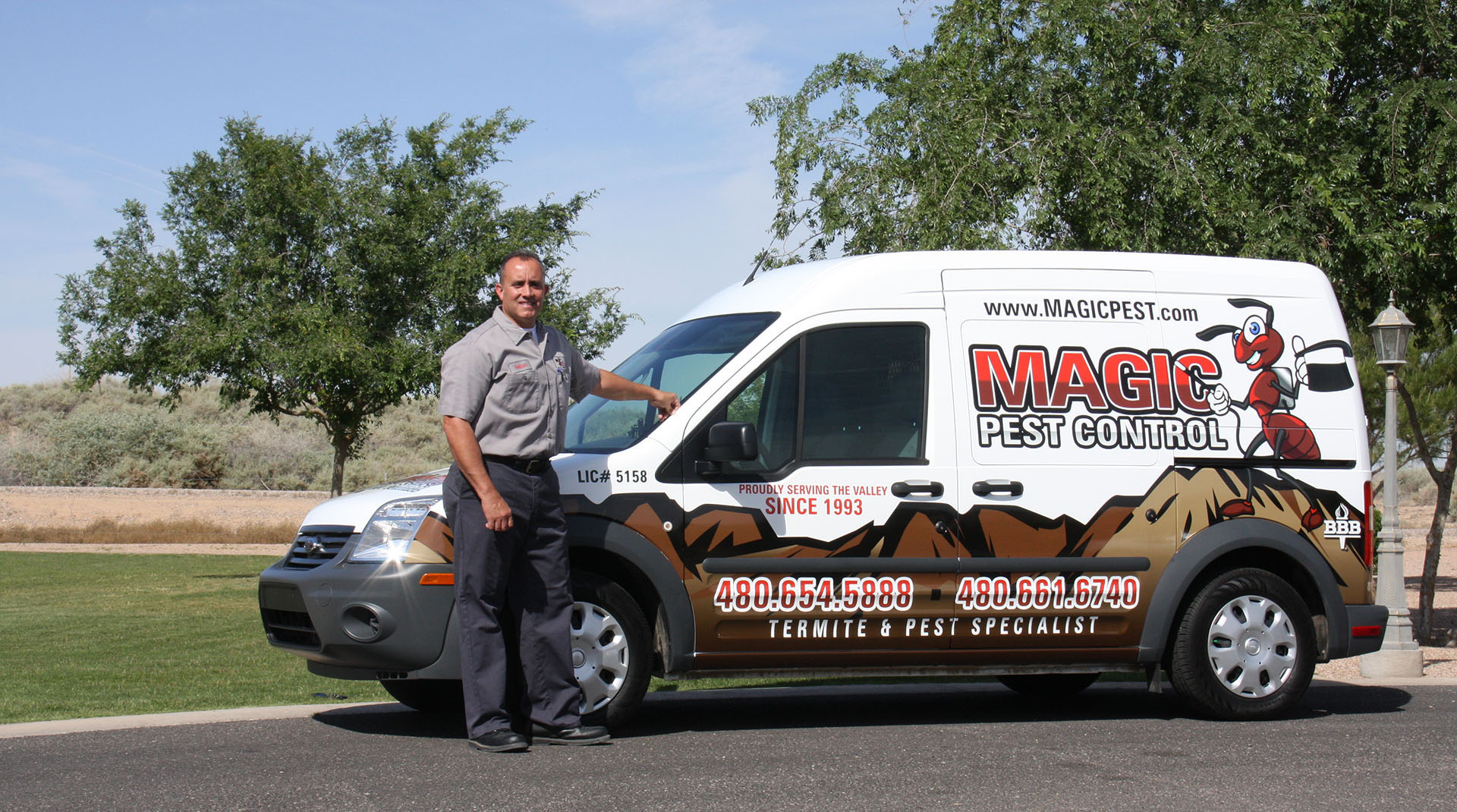 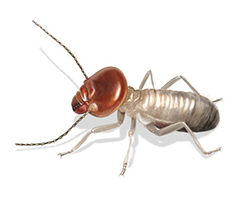 Mexico is a common destination for American expats during the winter season. Most American expats in Mexico are retired senior citizens, and some simply own second homes in the country. Although taking annual winter vacations in a tropical paradise would be nice, the country’s termite problems should be taken into account before any American purchases a home in the country. Unfortunately, both termite control professionals and reliable termite control methods are relatively difficult to come by in Mexico. Not only is it comparatively more difficult to find assistance with eradicating termites from infested homes in Mexico, but the scientific literature concerning native and invasive termite species in the country is almost non-existent. According to the United Nations, studies concerning termite diversity and termite ecology in Mexico have never been carried out. Therefore, buying a Mexican timber-framed home that will remain uninhabited for most of the year can be a bit of a gamble in termite-rich Mexico. For example, back in 2011, officials with the Mexican Government worried that Americans would avoid purchasing Mexican homes due to a termite-induced property recession that had been occuring at the time. Property purchases in the country continued to take a hit after the United States Government, which was also experiencing a property recession at the time, warned Americans against buying homes in Mexico.

You would be surprised by how many American expats in Mexico have struggled with the country’s native termite population. The rainy season in Mexico causes an influx of termite swarms in well populated cities at a time of year when American snowbirds are typically not around to monitor possible termite activity on their mexican property. Subterranean termites are a major problem in Mexico, just as they are in America, but surprisingly, drywood termites are almost equally as destructive in the country. Drywood termites in Mexico can be as large as ants, and they attack a variety of different portions of a home as well as various forms of infrastructure such as untreated softwoods, particle board, paper, plastic, cardboard, and even insulation around pipes. Unfortunately, many homes in Mexico were not constructed to survive termite attacks, as untreated timber is often used to construct homes on termite-rich soil that is never treated with insecticides. Much of the furniture that is bought and sold within Mexico is also constructed with untreated lumber. The shipping of termite-infested furniture items is a serious issue in Mexico due to the lack of treated wood available in the country. In fact, it is even recommended that paper grocery bags and cardboard packaging be immediately and safely disposed of in Mexico due to the probability of a termite presence in such materials.

Do you think that the availability of termite control professionals in Mexico may be greater in regions that see many tourists? 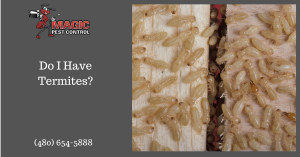 Termites cannot be controlled with do-it-yourself measures. If you s

Now That The Monsoon Season Has Arrived, Termites Are Swarming In Arizona 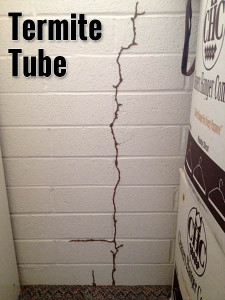 Many people probably assume that monsoon season in the southwest United States is just as unpleasant as the winter season in Minnesota. It is not uncommon to hear uninformed individuals comparing monsoons to hurricanes, as if they are similar climatic events. Some people believe that monsoons are enormous title waves, as confusing monsoons with tsunamis is inexplicably common. The truth is, unless you live in the American southwest, you have no reason for knowing what a monsoon is. Monsoons are basically heavy rainstorms that occur within desert regions. As you can imagine, residents of the American southwest find respite in the heavy rainfall that occurs every year during the months of July and August. However, monsoon season also comes with a few negatives. For example, the heavy rainfall that occurs during monsoon season increases termite activity, especially drywood termite activity. Currently in southern Arizona, the region’s monsoon season is causing drywood termites to swarm.

Every year, monsoons in Arizona cause termites to come out of their well-hidden habitats. Termites are drawn to three things: moisture, heat, and, of course, wood. These three things are abundant within the natural environment that is located within the particular area of Tucson known as Pantano Wash. This area of Tucson is free from residential developments, which is why swarms of drywood termites have been spotted numerous times in the area. However, this area will soon undergo rapid construction, which will inevitably lead to drywood termite infestations in future structures.

Are you seeing an increase in termite activity in the region where you live? 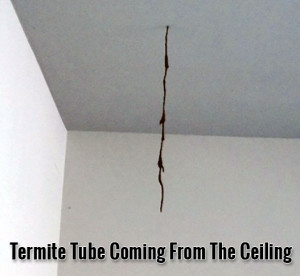 Imagine finding termite damage in a home that you had just purchased. Such a find would come as a major disappointment to any new home owner. It is for this reason that termite inspections are a must before purchasing a home. Now imagine finding signs of termite damage in your new home after being explicitly told by the previous owners that the home had no history of termite infestations or termite-induced damages. This, of course, is a very different situation, and most courts would find the previous owners to be at fault for not disclosing the home’s history of termite infestations. Sadly, this is not always the case, as one couple from Arizona understands all too well. Losing cases such as these does not occur often, and when they do occur, critics often regard the verdicts as miscarriages of justice, or as misinterpretations of real estate law.

Back in 1982, a married couple, Warren and Gloria Hill, purchased a seventy two thousand dollar home. The couple visited the home several times. During one of these visits, the couple noticed a ripple in the home’s hardwood floor that resembled termite damage. After asking the seller if the damage was caused by termites, she answered “no”, and claimed that water damage had been responsible. Although, the buyers recognized the ripple as being consistent with termite damage, they trusted the seller, as a termite inspection had already determined the home to be free of termite activity during the entirety of its existence.

Shortly after the deal closed, the new owners discovered a manual that the sellers had left behind in a drawer. This manual bore the title: Termites, the Silent Saboteurs. This unsettling find made the new owners suspicious, so they decided to dig up the home’s old inspection reports. The old reports confirmed that the home had been infested with termites several times since it was built. The suspicious ripple also turned out to be termite damage that had been inflicted while the sellers inhabited the home. The new owners quickly filed a lawsuit, but they lost after the judge ruled that the sellers had no duty to disclose the past termite infestations. In fact, the new homeowners were even forced to pay for the seller’s court costs, which amounted to one thousand dollars. This ruling ran contrary to precedents that had been established in previous Arizona cases. Not only that, but this case is also often cited by legal experts as being an error in judgement, as the sellers were bound by law to disclose the past termite infestations to the buyers.

Have you, or someone else you know, ever had to attend court over undisclosed termite damage to a home?