COVID19: Yes, we are open! See how we’re preserving the health of our customers and protecting their property.
Bounties For Dead Scorpions

Who has not, at one point in life, chosen a favorite animal? Children are especially opinionated when it comes to this topic, but even many adults favor one particular type of animal over others. Monkeys, lions, bears or wolves are common animal favorites, but it is rare to hear anybody speak highly of scorpions. This is not hard to understand, as scorpions are unsightly creatures that are notorious for delivering painful and sometimes deadly stings. Not surprisingly, scorpions have been universally hated for ages. Some of the earliest surviving texts from the Roman era have contained passages that describe scorpions with great disdain. A couple thousand years ago, scorpions caused many problems fo 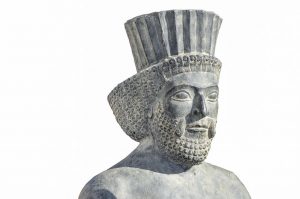 r both Romans and Persians. Persians were especially ill-disposed toward scorpions, as they inhabited desert regions where scorpion species were abundant and diverse.

The ancient Roman historian Pliny the Elder described scorpions as being “worse than a plague.” Elder further described how scorpion stings were worse than viper stings, as scorpion sting-victims would suffer in agony for three days before finally dying from the toxic effects of venom. Another Roman historian, Aelian, wrote about the unfortunate abundance of scorpion life in middle-eastern regions where the creatures could be found beneath every rock in the desert. Although this may be an exaggeration, scorpions posed a serious threat to those traveling along the historic trade route known as the Silk Road and other caravan routes. This meant that shipments from Asia would sometimes be held up by deadly scorpion attacks. This problem was serious enough for Persian kings to put bounties on dead scorpions. These bounties resulted in numerous scorpion hunts where the highest bounties would be paid to the individuals who captured the greatest number of scorpions. Aelian wrote about winged scorpions, and winged scorpions were depicted on different forms of early Mesopotamian art.

Of course, we can be grateful that flying scorpions do not actually exist, nor have they ever existed. Modern scholars believe that ancient historians mistakenly referred to venomous flying insects as scorpions. However, Pliny the Elder was the first Roman historian who hypothesized that so called “winged scorpions” were actually normal scorpions being pushed through the air by strong wind gusts during sandstorms. This may be the case, as airborne scorpions will straighten their legs to resemble wings during sandstorms.

Given the scorpion’s lobster-like pincers, do you believe that scorpions share a close lineage with aquatic arthropods as opposed to winged arthropods?