COVID19: Yes, we are open! See how we’re preserving the health of our customers and protecting their property.
How To Know If The Wood In Your Home Was Damaged By Termites Or Ants 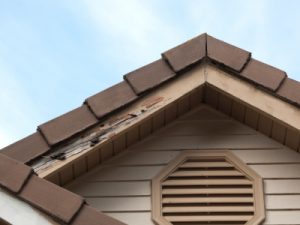 Termite damage is not always easy to recognize, and they are not the only wood-boring insects that exist. Upon noticing unexplained damage to areas of structural wood, you should first have a termite inspection conducted immediately in order to prevent irreparable damage from occurring. When it comes to wood-boring insects, termites are the last insects that you want infesting your home. When compared to other wood-boring insects, termites cause the greatest degree of structural damages. When a home’s structural damages become extensive enough to clearly indicate a termite infestation, the damage can sometimes be irreversible. Although termites are destructive creatures, they cannot render a home unlivable within a few days; instead, homes become structurally compromised only after long periods of destructive termite activity. Many people whose homes are protected by termite barriers and insecticides may still notice structural damage that indicates a termite presence. When this occurs, many homeowners may assume that they had been ripped-off by a shady exterminator who failed to install effective anti-termite barriers. However, it is far more likely that another type of wood-destroying insect is responsible. Termite poisons and repellents may not be as effective at killing other types of wood-boring insects, this is why it is important to understand the difference between termite damage and damage caused by other forms of destructive insects.

In addition to termites, carpenter ants can also cause damage to the wood in people’s homes. However, only termites are capable of causing damage that is extensive enough to render a home unlivable. No other type of insect can destroy a home’s structural integrity. One difference between the two insects is the type of wood that they are attracted to. Termites excavate wood that is intact and free from rot, such as timber and tree stumps. Carpenter ants, on the other hand, are attracted to wood that has already sustained damage, whether it be from rot or fungus. Carpenter ants, like termites, leave behind noticeable amounts of wood-shavings since they do not consume the wood that they excavate. Although termites consume the wood that they excavate, they can also leave behind wood shavings, albeit far less. In cases where wood destruction makes it hard to determine the type of insect pest responsible, you can instead attempt to locate the insect culprit yourself. Termites and carpenter ants are the same size, and they both swarm. These similarities can make the two different insects hard to discern, but termite workers are pale-colored, and nearly translucent, while carpenter ant workers are reddish or dark in color. Since termites consume wood, they often remain unseen within hollowed sections of wood, but carpenter ants can often be spotted foraging for food within people’s homes, as they do not consume the wood that they excavate from structural timber.

Do you know of any other type of insect species, besides termites and ants, that are capable of inflicting damage to timber structures?