COVID19: Yes, we are open! See how we’re preserving the health of our customers and protecting their property.
Facts about Arizona Bark Scorpions

Arizona Bark scorpions are known as the most dangerous species in Phoenix, AZ and surrounding cities, and you have to be particularly careful about them. These scorpions pack a toxic sting that can cause a wide range of symptoms, and they are particularly dangerous for children and older adults. Learning as much as you can about these dangerous insects can help you avoid them and stay safe when you are traveling or outdoors. 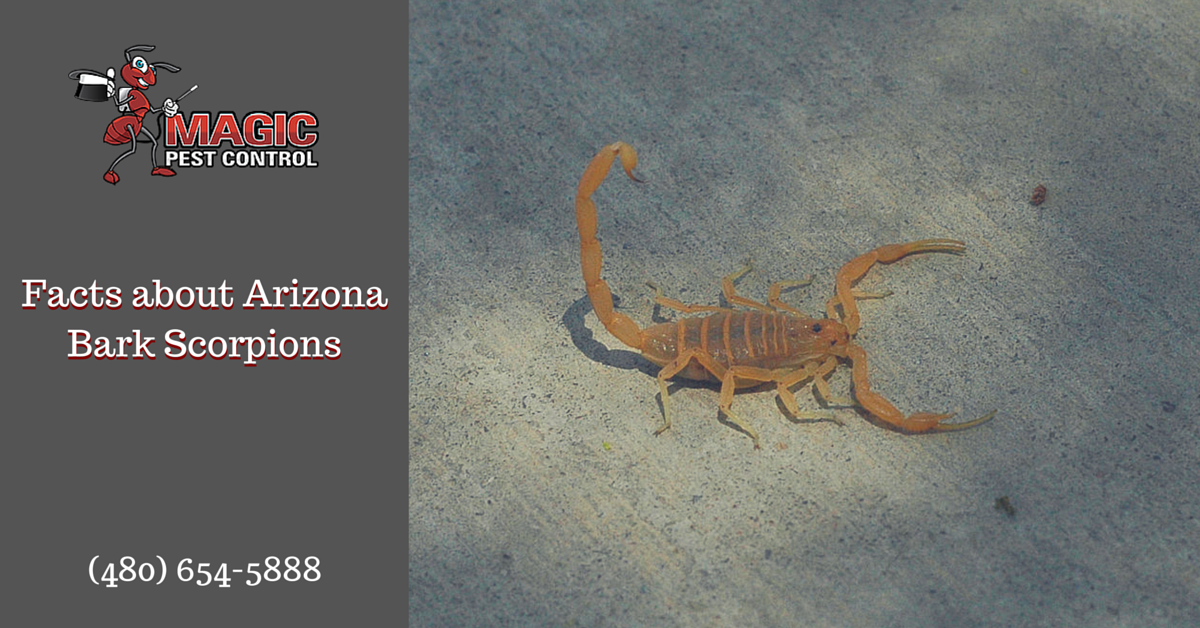 These scorpions are capable of climbing on rough surfaces such as wood, trees, and other objects, but they cannot climb on smooth surfaces like windows. You will probably not find them during the day because they try to avoid the sun, and they are more active during the evening when it is cooler. You need to be particularly cautious at night when you are outside of your home or camping, and be sure that you do not walk barefoot on the ground, especially in areas where there is poor lighting. The scorpions are small in size and can be difficult to spot even in the daytime.

They live in packs and can be aggressive

Arizona Bark scorpions live in packs of 20 to 30 or more. They are not solitary like other scorpions, and if you see one of them the chances are that several more are nearby. This adds to their danger, and to make matters worse they can be particularly aggressive. Simply being in close proximity to them is enough to trigger their aggression and put yourself at risk of a sting. If see one of them near your home you might want to call pest control to check if there is a nest nearby.

Their sting is very toxic

Just one sting from an Arizona bark scorpion can send a healthy adult to the hospital, and can be life threatening for younger older people. Their sting is also dangerous for sick or immunocompromised people. You need to be extra vigilant of these scorpions when you are camping or traveling outdoors in Phoenix, AZ, and if you are stung you should be sure to call 911. It is best to treat their sting as an emergency in the majority of cases.