Everything You Need to Know About Scorpion Season in Arizona

Everything You Need to Know About Scorpion Season in Arizona

Scorpions are rampant creatures in Gilbert, Arizona. You no doubt have seen one crawling around your home…

You may have even seen one crawling on your living room wall. This goes to show that scorpion season is here.

As part of the arachnid family, scorpions are creatures that have been in existence for a long period of time. 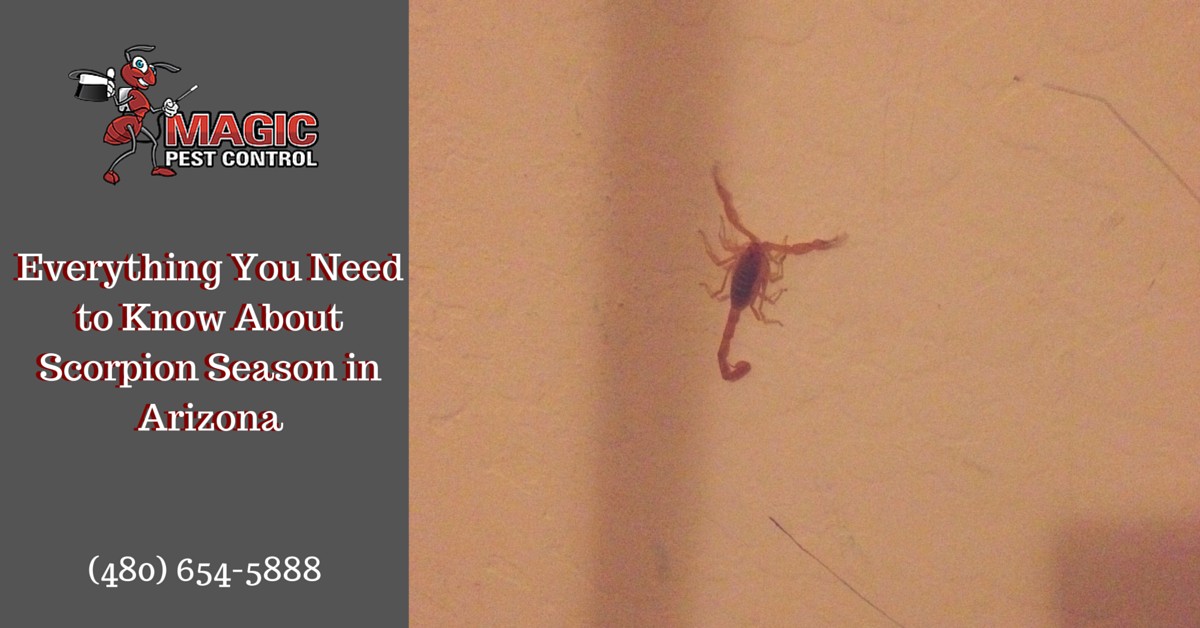 Due to their ability to adjust, the creatures thrive as well in sub-zero temperatures as they do in warm temperate regions. Scorpion season often runs from as early as March all the way to October. This is when all types of scorpions are rampant in Arizona.

However, Bark scorpions are often in existence throughout the year in this region.

The following tips will ensure that the scorpions from your neighbor’s yard, blocked fences or greenbelt areas stay at bay:

1. Get rid of outdoor harborages

Piling trash or even firewood on the ground, outside your home during scorpion season gives scorpions a good breeding area. Harborages also include stones or piles of landscape timbers. This is because scorpions often find comfort on these piles and they may choose to nest right next to your house.

Scorpions are known to use windows, pipes, and even doors to enter the house. In order to ensure that you are on the safe side in scorpion season months, keep these openings sealed.

Sealing entry points also go hand in hand with filling cracks in the wall, driveways or any cover holes that may be a leeway for the entrance of these creatures.

While you may like the shade that overhanging branches provide, they also enable scorpions’ access to roofs which will consequently allow the creatures to easily crawl into the house. Trimming these branches will enable you to decrease the chances of scorpions around you.

Residual insecticides should be applied around potential entry points such as walls or windows in order for the creatures to be eliminated once they penetrate the home in scorpion season months.

During scorpion season, you can also choose to hunt for these creatures. When they are most active at night, you can grab a flashlight and a tool that you can use to kill them such as a long knife. Although this method is least resorted to, it also works!