COVID19: Yes, we are open! See how we’re preserving the health of our customers and protecting their property.
Creeped Out By Spiders? Happy Halloween and Spider Season!

Creeped Out By Spiders? Happy Halloween and Spider Season!

One of the most commonly associated symbols of the fall season is the spider. These eight-legged crawlers even get their own spooky holiday on Halloween!

For Gilbert, Arizona homeowners, however, spiders are not restricted to the drop-down versions that hang from terraces or front porches on Halloween, or dangle upon glow-in-the-dark webbing across the bushes in October.

Web-spinning spiders can be found in many locations in and around a home. And while spiders are quite beneficial to our ecosystem – they eat unwanted insect pests – they are creepy and can be quite a nuisance for those who share the very common arachnophobia. 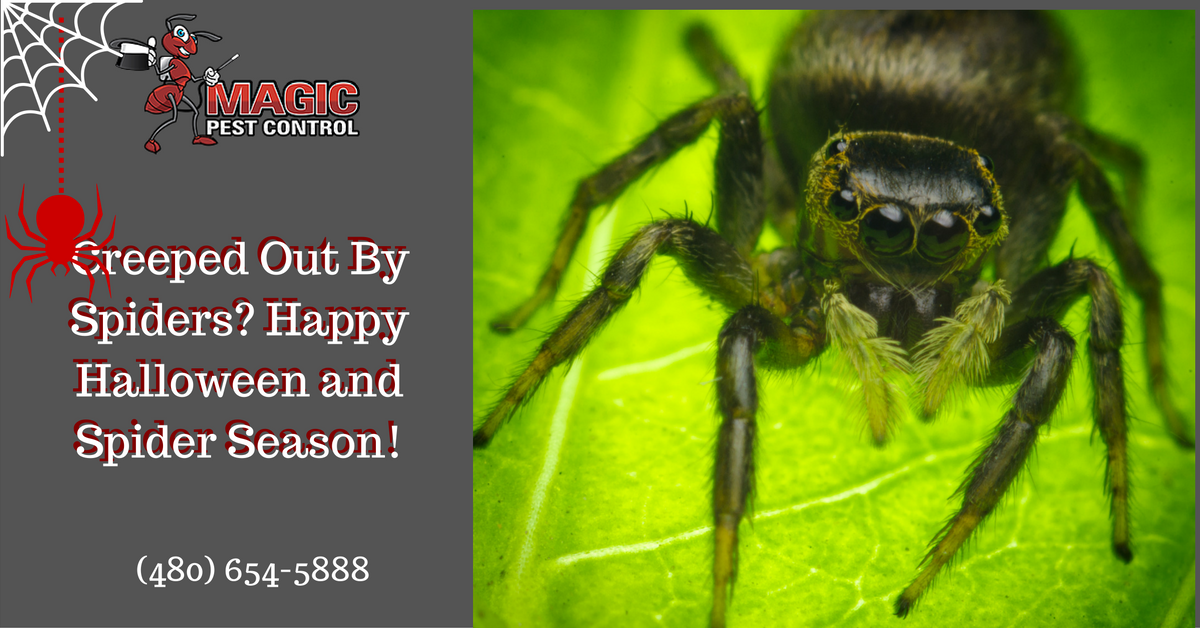 There are about 13 (lucky number 13) recluse spider species throughout the nation, and many of those species reside right here in the dessert of Arizona. We are quite use to the brown spiders, the hairy spiders, the large and small spiders, the more dangerous spiders like the Black Widow Spider, and the creepy but non-venomous Wolf Spider,  and the long-legged cellar spider (sometimes called the “daddy long-legs” spider).

Web-spinning spiders do not pose a threat to humans, but they are quite lethal to the unsuspecting prey that fly, fall, or are blown into the concentric circles that make up their webs.

Spider webs – often regarded as one of the strongest natural fabrics, and can be built and rebuilt overnight – are half as strong as a steel thread of the same thickness and more elastic. Spider webs are found in garages, carports, eaves, attics, sheds, around windows, and other places around your home.

How can you prevent spiders from becoming a nuisance around your home? Check out these tips: