A Citywide Outbreak Of Odorous Stink Beetles Perplex And Disgust Residents Beetles may be the most species-rich group of insects on the planet, and many beetle species have been categorized as pests. However, most beetle pests infest and damage trees and plants, as many gardeners have come to learn. Very few beetle pests invade homes, […]

The Native Southern Fire Ant Is An Aggressive Species That Inflicts Painful Stings And Infests Homes, And At Least One Envenomation Incident Resulted In Death

The Native Southern Fire Ant Is An Aggressive Species That Inflicts Painful Stings And Infests Homes, And At Least One Envenomation Incident Resulted In Death The S. xyloni ant species is one of three fire ant species found in Arizona, the others being S. aureus and S. amblychila. The red-imported fire ant is the most […]

Millipedes Can Invade Arizona Homes Where They Sometimes Spray A Painful And Irritating Compounds Onto Human Skin Many Arizona residents have likely encountered large and intimidating centipedes within rural and suburban habitats, and few residents have managed to avoid encounters with common house centipedes. Millipedes look similar to centipedes and they are commonly spotted within […]

The Desert Dampwood Termite Species Only Infests Damp Structural Wood Sources And Citrus Trees That Are Common In Landscaped Yards Termites are considered the most significant insect pests within the state of Arizona, but less than half of the state’s 17 documented termite species are known for causing significant damage to timber-framed homes and buildings […]

If My Home’s Timber-Frame Remains Free Of Moisture Am I Safe From Termite Attacks?

It is often claimed that termites require high-moisture conditions in order to survive, but this claim may seem dubious considering that several subterranean termite species have no problem surviving within Arizona’s exceptionally dry desert soil. While not all of the termite species in Arizona are considered pests to structures, the entire state is located within […]

When Cockroaches Bite And Invade The Human Body 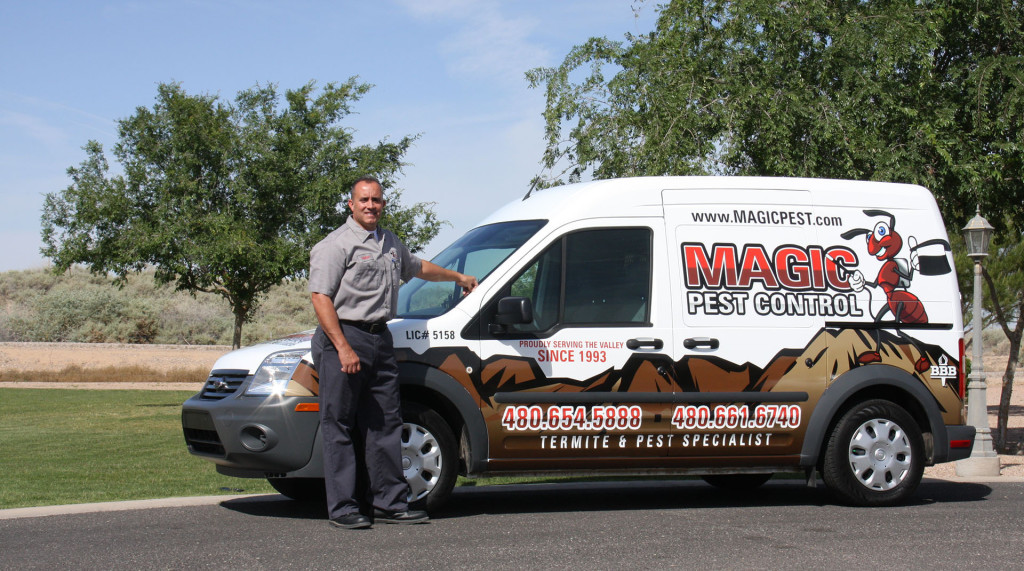 Indoor spider, centipede, ant, flea, beetle or bed bug infestations can be nightmarish for homeowners, but few arthropod pest species are considered to be more revolting than cockroaches. Unfortunately, cockroaches are among the most commonly encountered indoor insect pest species in the world. In fact, one study that aimed to identify the most common indoor […]

How Do Drywood And Dampwood Termites Come To Infest Valued Wooden Objects And Structural Timbers If They Don’t Forage Away From Their Nests?

How Do Drywood And Dampwood Termites Come To Infest Valued Wooden Objects And Structural Timbers If They Don’t Forage Away From Their Nests? It is well known that termites are divided into three different groups that are known as subterranean, drywood and dampwood termites. It is also widely known that subterranean termites are responsible for […]

The Elevation Of Urban And Residential Areas Of Arizona Determines When Termite Swarms Emerge At least 45 termite species have been documented as inhabiting the United States, and 30 of these species are known to inflict damage to structural wood or wood products. While Arizona is home to 17 termite species, only five are considered […]

Mayflies And Caddisflies Can Trigger Severe Allergic Reactions In Humans

The insects known as caddisflies and mayflies are abundant in Arizona. These two insects dwell and breed near natural water bodies, and it is not uncommon for mayflies and caddisflies to swarm large populated areas located near lakes and rivers. For example, back in 2015, massive swarms of caddisflies terrorized residents of Bullhead City. This […]