COVID19: Yes, we are open! See how we’re preserving the health of our customers and protecting their property.
2018 Has Seen An Astounding Amount Of Deaths Due To Scorpion Attacks 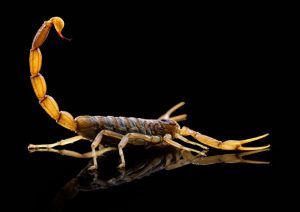 Experts say that dying from an arachnid attack is exceptionally rare. However, citizens of Brazil may argue this claim, as 2017 saw 184 people die from scorpion stings in the South American country. This may seem like an unrealistic number, but the rate of scorpion deaths in Brazil has been growing with each passing year. According to statistical data, the 2018 year is projected to see the greatest amount of scorpion-induced deaths in Brazil’s history.

The amount of human deaths that have resulted from scorpion stings has more than doubled in only four years in Brazil. In 2013, 70 people in Brazil died from scorpion stings. By the time 2017 came around, this number had more than doubled to 184 deaths. Back in 2007, Brazil’s public health system reported 37,000 people as being attacked by scorpions in the country. Ten years later, the number of victims reach a staggering 126,000. These figures do not paint an optimistic picture concerning human-scorpion relations for the 2018 year in Brazil.

It is not surprising to learn that the rising death toll due to scorpion attacks in Brazil is quickly becoming a controversial issue in the country. For example, one of the latest victims of a fatal scorpion attack was a four year old girl who lived in Sao Paulo. This girl’s death further validated people’s suspicions concerning a lack of available anti-venom in smaller towns.

Most researchers and scientists are blaming the increase in scorpion fatalities on the rapid spike in deforestation and urbanization in Brazil. This process is forcing scorpions to quickly and cleverly adapt to surviving within urban areas. In fact, the particularly deadly scorpion species known as Tityus serrulatus has adapted to surviving within Brazil’s sewer system, as well as within garbage and rubble. Not long ago, this species was only able to survive within its native savannah habitat. These scorpions, commonly known as yellow scorpions, have adapted to the sewer system in order to feed on the abundant cockroach habitat contained within. The yellow scorpion, along with three other dangerous scorpion species, will only increase their presence in urban centers within Brazil in the future. This is why the public is demanding that anti-venom treatments become widely available and accessible to all of Brazil’s Citizens.

Do you think that Brazilian officials will have to seek international aid in order to curb the rising scorpion fatalities in the country?